It was a great morning to get some exercise. 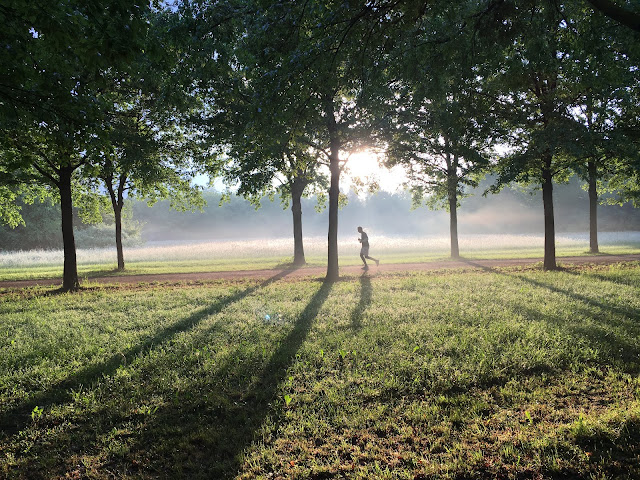 One of the things I really liked about Milan Linate airport was the free motorbike parking next to the checkin area. I have saved a lot of time, and money, over the years by going by motorbike.

That changed last year when they "upgraded" the free area with subpar asphalt which made motorbikes fall over: 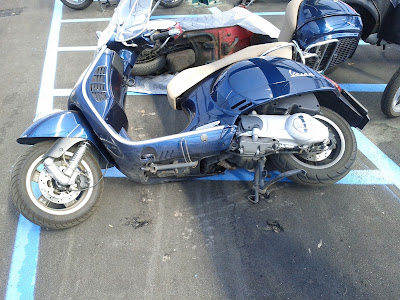 It's weird, but it's cheaper to fly London and back than to go to the airport and back by taxi or park your motorbike for a business trip...
Posted by Unknown at 2:17 PM 1 comment:


Had fun with the kids yesterday preparing for Halloween 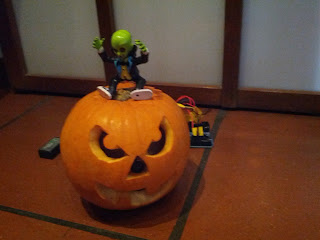 My old Nabaztag was the first victim.  This time it's the turn of a Nerf Blaster clone: 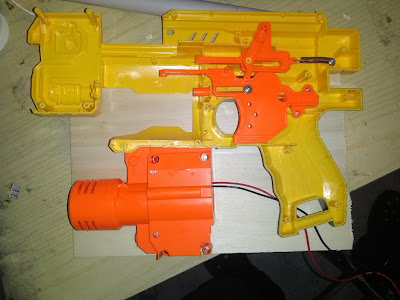 After removing some standard Phillips screws, I got exactly what I wanted:


I bought this toy in a local store but I usually go to the flea market in Cormano where I can pick up a R/C car / toy without remote control for a few euros. Way cheaper than buying individual components like wheels, engines, and electrical components piece by pice.

Photos / video of the final project should be available "soon".
Posted by Unknown at 2:09 PM 7 comments:

How to configure WiFi connection on a HP F4580

Just a note to myself as I wasted more time than I should have fixing this.

I recently changed the WiFi access credentials and my HP F4580, obviously, stopped working. Neither the Mac nor the Windows drivers I had let me edit the WiFi settings but I finally found a way to reset the WiFi configuration:


This creates a ad hoc network called hpsetup that you can connect to via WiFi to configure the router.
Posted by Unknown at 7:45 AM 14 comments:

I started off using 3 MaxBotix MB1000 sensors (downwards left, forward, downwards right). The forward sensor always worked pretty well but I had problems getting fast and accurate readings from the sensors pointing downwards. Without calibrating the sensors (making sure they were pointed away from any object) I got results that where to inaccurate to use for table top navigation.

Tonight  I tried the Sharp GP2Y0D810 sensor from hobbytronics which makes a huge difference. It's lightning fast and it has a small red LED which is lit when there is an object within a 2-10 cm range which is a great help for debugging. The sensor may be less versatile then the MaxBotix sensor as it only gives a true/false result for a limited range but, in my experience, it's fast, accurate and developer friendly which I exactly what I need. It also cost a lot less :-)

The rover in the video is using two Sharp GP2Y0D810 sensors pointing downwards and a MaxBotix MB1000 for obstacle detection.

I'm in the process of migrating from SiADSL to Tiscali for my home ADSL connection. I have been very happy with SiADSL but I need more bandwidth in upload for video conferences, i.e. Google+ Hangouts with extras. The increase from 7Mb/512kb to 20Mb/1Mb should make a significant difference.


I heard from Michele that Tiscali blocks some ports so I wanted to have a record of the differences between the two provider in case I had problems. Netalyzr to the rescue! It can run as a Java Applet or as a command line client for the more security conscious. It takes several minutes to run and tests everything I ever knew about and then some...

So, what changes between Tiscali and SiADSL?

Tiscali blocks some TCP and UDP ports which I consider a feature, not a problem, if you have Windows machines on the network:


I was surprised to notice this potential problem though after I moved to Tiscali:

I passed from PPPoE which uses a max MTU of 1492 to PPPoA which supports 1500 and I had forgotten to update the max MTU on my border router. I tried to leave the max MTU at 1492 but quickly had problems so I increased it to 1500 and it has been working like a charm since. I would have blamed my connectivity problems at Tiscali unless Netalyzr found the problem for me.

I'm also pleased to see that this warning I had on the SiADSL connection is gone with Tiscali:

Exactly the behavior I have seen over the last year(s). Uploads with Picasa killed internet access and video conferencing with many participants is "impossible" even with no other traffic.